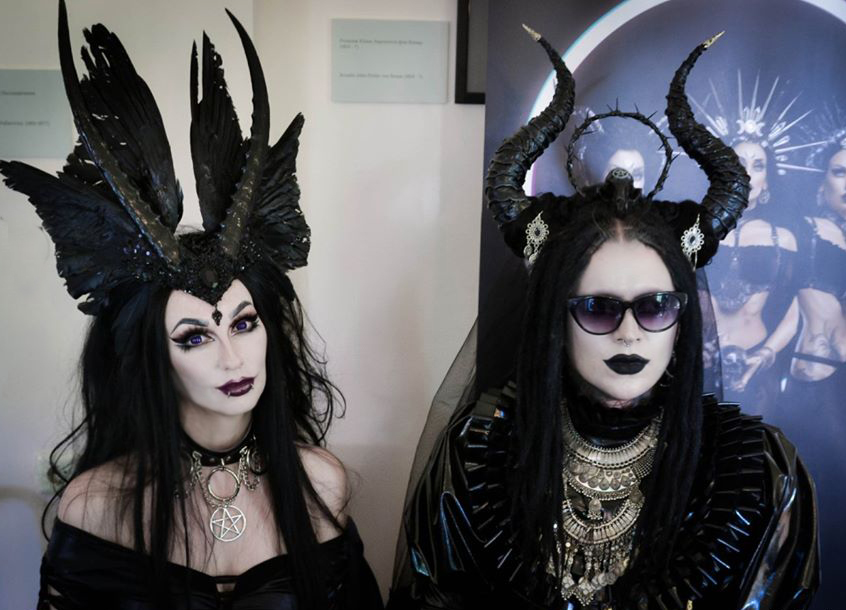 Above all our brand is the product of a friendship that have started around 10 years ago between two people who shared a huge interest in occult mysticism and love to fantasy and historical fashion.
From the beginning it used to be more of a hobby when we were together creating various headpieces, wigs and accessories for our own use in professional shootings or during festivals or costume balls, but step by step during years, while our skills and ideas were growing more and more, we have decided to share our creations with the other people basing it on our very own experience. And that is how MyWitchery as a brand has been born.

As it was mentioned before our brand is a crew of two people, so let us shortly introduce ourselves:

Since I can remember I have been fascinated with mystical tales, history, spiritual beliefs of ancient times, unlike the other children, which probably made me kind of outsider at that point, but in the most positive side of the term, because it gave me an ability to generate my own creative way of perceptions of the world around me and naturally passed myself into the Gothic youth afterwards, which I remain faithful to since then.
I started my artistic journey as a model, creating images for photo-shootings. Also, while attending different festivals and costumed events, the inspiration for my creations and outfits were theatrical and opera performances, epic movies and books . At some point, I realized that I could share my sense of beauty with other people and help them to add even more creativity to their own image.
Now, as the founder and owner of the brand for more than 5 years, I'm incredibly happy to invite you to our magical world and bring your fantastic ideas to life.

Since I was a child I had a huge interest in classic art and historical fashion among with the fact how much it was inspired by folklore, ancient mythology and fairy tales.
But while I was growing older I fell into the world of alternative subcultures and ended up living my Gothic fantasy for almost two decades at this point.
Combination of all these knowledge helped me to get a professional degree in hairdressing and history of arts, which for sure gave me some practical skills, but also affiliation to the alternative way of living and thinking made me not to be scared to embody my boldest ideas into reality, and I would be glad to share this ability with you.